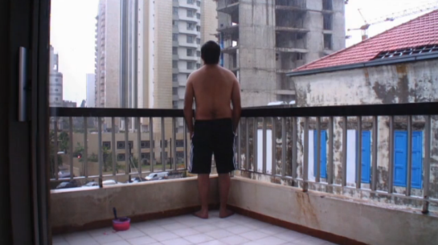 Following several recent screenings in Germany, Ammar al-Beik’s Syria Trilogy will be shown at Cinema Lumière on 12 November at 8 pm. Focusing on cinema from the Arab world after 2011, the event is co-organised by Cineteca di Bologna and Comune di Bologna.

Al-Beik’s films, The Sun’s Incubator (2011), La Dolce Siria (2014), and Kaleidoscope (2015), are composed from the vantage points of a displaced artist, young children in Aleppo, and a photojournalist who travels between Syria and France, respectively, and intersperse documentary footage with narrative elements in order to map the abject reality of the Syrian war.