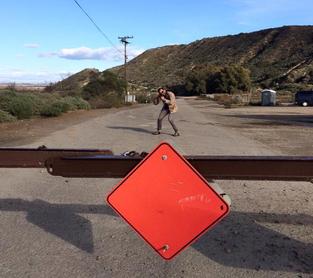 Khaled Jarrar will participate in Culturunners 2016: Artistic Expedition and ‘Campaign Trail,’ an international initiative founded by London-based arts organisation Edge of Arabia. Focused on the US presidential election, it will feature a series of pop-up events along the US/Mexico border. Along with Ayyam Gallery artists Rashed Al Shashai and Faisal Samra, Jarrar’s work will be shown in 'Borderland', an exhibition at San Diego’s Low Gallery, until 10 February.

Since the beginning of February, Jarrar has been travelling from Tijuana to El Paso, Texas in order to develop his No Man’s Land project, which delves into the politics of both physical and ideological borders. His pop-up event at La Caja Galleria , Tijuana, will allow him to witness common concerns that face residents of Mexico and his native Palestine.