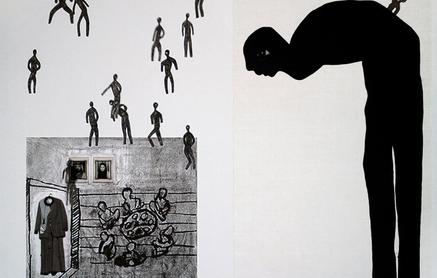 Iraqi artist Sadik Alfraji, renowned for his large-scale interdisciplinary works, will participate in LACMA’s exhibition Islamic Art Now : Contemporary Art from the Middle East, opening on 1 February 2015. This first major showcase of LACMA’s Middle Eastern collection will present twenty artists from the Arab world and their multimedia works, exploring the relationship between past and present. Alfraji will be featured with his installation The House That My Father Built (Once Upon A Time), consisting of a painting, photographs, and an animation film projected onto a nine-meter wide surface. Evidently blending into the show’s retrospective process of interlinking temporalities, Alfraji will appear alongside other acclaimed artists such as Wafaa Bilal, Hassan Hajjaj, and Mona Hatoum.