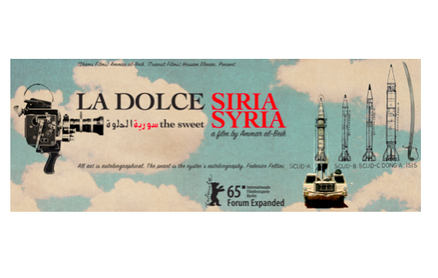 Syrian artist and filmmaker Ammar Al Beik will be attending the Forum Expanded program of the 65th Berlin Film Festival in February 2015, with a screening of La Dolce Siria - a satirical response to Federico Fellini’s 1960 comedy-drama La Dolce Vita. Al Beik’s movie unfolds as a poignant narrative of the dramatic events affecting his homeland and leading to the extinction of love and happiness, which Fellini’s protagonist Marcello Rubini was unsuccessfully looking for decades ago. Cloaking Syria behind the metaphorical veil of circus, Al Beik relays the despair of his fellow citizens, living a life that is anything but “dolce”.