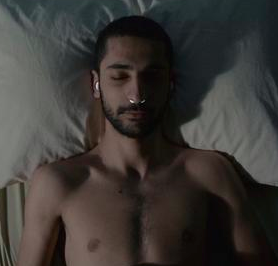 Ayyam Projects is pleased to present Leaving Soon, the solo show of Lebanese artist Myriam Dalal. Featuring a multimedia installation, the exhibition marks the Lebanon debut of a 2013 project by the artist. For this new adaptation of the work, Dalal transforms the gallery space into a site-specific installation that invites viewers to reconsider the ways in which memory can be triggered by the senses while having an impact on new experiences and shaping perception.

Leaving Soon is inspired by the string of bombings that have shaken Lebanon since 2013, and seeks to add to existing discussions of personal and collective memory within the context of a society that is torn apart by repeated violence yet struggles to reconcile narratives in the absence of a historical consensus. At the same time, Leaving Soon evokes the widespread culture of commemoration that has transformed private and public spaces, revealing one of the many schisms that arise in the aftermath of conflict.

At the center of the exhibition are the notion of emotional attachment and our relationship to the deceased over time and through recollection. Using Nietzsche’s argument that the process of forgetting does not exist, as memories of certain experiences are permanently retained by the individual and summoned at will, Dalal seeks to create an interactive environment in which viewers can intercept the act of remembrance with a symbolic gesture that releases their loved ones from the burden of honoring them after death. The artist uses a range of imagery to prompt viewers to participate in this process, and heightens the solemnity of the installation by adding an element of sound.

A main component of the project is a series of staged photographs of young men who are shown sleeping. The figures’ nostrils and ears are filled with cotton swabs, while their eyes are shut, indicating a moment in which the senses have been suspended. Without the ability to see, smell, or hear, the artist suggests that her subjects have chosen to guard themselves against outside stimulators that might otherwise rouse memories of the departed. The ambiguity of the images, which can be read as capturing moments of deep slumber or as portraits of the dead, adds to the open-ended nature of the installation, and allows participants to think through their subjective experiences of grief and memory. The photographs are placed in front of similarly sized mirrors upon which the phrase “Dear x, please forget me when I’m gone” is written. As viewers approach the portraits of the sleeping men, they are confronted with their own reflections. A nearby wall where images containing a doodle of a sleeping man are hung is accessible to visitors who choose to address their loved ones with a similar message. By inscribing the image with their names and blocking the senses of the figure, participants can initiate the release of those who survive them from the weight of prolonged mourning. Throughout the gallery, a recording broadcasts the names of the victims of the 2013 Lebanese bombings, further emphasizing the collective undertones of Leaving Soon.

Myriam Dalal is a Beirut-based multidisciplinary artist who received a Masters in Fine Arts degree from the Académie Libanaise des Beaux Arts with distinction and a focus in photography in 2010. She has participated in exhibitions at such venues as Art Circle Gallery, Lebanon (2013); Carnival of e-Creativity, India (2012); Salon d’Automne, Sursouk Museum, Lebanon (2012); and Zico House, Lebanon (2010). Recently she was shortlisted for St. Gallen University’s HSG Art@Tell call for emerging artists in Switzerland.

In addition to her artistic practice, Dalal is an arts writer and teaches photography at Notre Dame University in Louaize, Lebanon. Her writings have appeared in Annahar, Al Akhbar, Al Modon, and Beirut.com.

Founded in 2014, Ayyam Projects seeks to provide greater visibility to experimental works by regional and international artists. A new platform for contemporary art in the Middle East, Ayyam Projects spotlights conceptual art, installation, video, and digital photography. As the sister space to Ayyam Gallery Beirut, its regular programming focuses on recent developments in art that are taking place outside the mainstream and beyond the limits of traditional media.