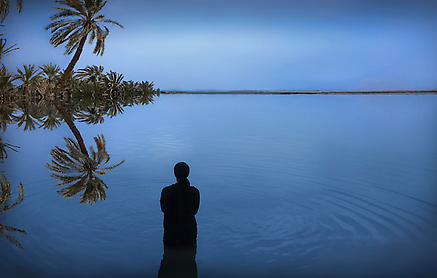 Sama Alshaibi’s work Birket Siwa (2014) from the Silsila series is being featured in a pop-up fundraiser to raise funds for the Honolulu Biennial, Hawaii’s first biennial, set to take place October 2014. The fundraiser called “The Postcard Project” is hosted by FolioCue and  also features work by artists Fred Tomaselli, Fred Fleisher and others. The fundraiser runs between now to 23 July.